Neurology Center for Epilepsy and Seizures Our Services Seizures 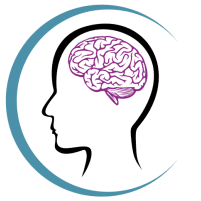 Neurology Center for Epilepsy and Seizures

Half of all people who have an unprovoked seizure, or a seizure without an identifiable cause, will have a second seizure within the next six months. Amor Mehta, MD, and the skilled team at the Neurology Center for Epilepsy and Seizures in Marlboro Township, New Jersey, specialize in helping people who experience seizures or develop tremors. To receive exceptional care, including diagnostic testing done in the office, call to schedule an appointment or use the online booking feature today.

A seizure occurs when an imbalance in brain chemicals causes nerves to fire abnormally, resulting in sudden, rapid bursts of electrical activity. As these chaotic impulses travel through your body, they cause uncontrollable muscle movements and other symptoms.

Seizures may affect one part of your brain, which is called a focal seizure. You may also have a generalized seizure, with abnormal activity on both sides of the brain.

What is the difference between seizures and epilepsy?

Epilepsy is the most common type of seizure disorder. However, having a seizure does not mean you have epilepsy. When you have epilepsy, you have recurrent seizures that are unprovoked, meaning they’re not caused by another health condition.

Nonepileptic seizures are typically provoked or triggered by an underlying problem or event, such as:

Extreme stress, hunger, and sleep deprivation can also cause a seizure.

Convulsions are involuntary, shaking or jerking muscle movements that involve your arms, legs, or your whole body. While seizures are associated with convulsions, most seizures do not cause convulsions.

Many problems, including a head injury and fever, can trigger a convulsion. Additionally, seizures cause symptoms other than convulsions, such as loss of muscle tone, rigid muscles, brief muscle twitches, and repetitive movements.

A tremor occurs when uncontrollable muscle contractions cause a part of your body to shake. Tremors typically affect your hands, but they can appear in your arms, legs, vocal cords, and head.

Tremors can develop from metabolic problems and toxins, such as alcohol abuse. However, they’re often caused by a problem in the area of your brain responsible for controlling muscle movement.

Neurological disorders that cause tremors include:

Essential tremor is a primary diagnosis in which you have tremors that aren’t associated with an underlying disease. This condition usually affects one or both hands or arms, causing shaking that gets worse when you use the affected extremity.

How do neurologists treat seizures?

A few possible treatment options include:

If you have a seizure or develop tremors, call the Neurology Center for Epilepsy and Seizures or book an appointment online.